As the temperatures start to heat up, make sure you are staying safe.
USA TODAY

LOS ANGELES — With a heatwave scorching its way around the world, there are products out there to battle the worst thing about summer: sweat.

Whether it be soaking clothes or just wanting to keep cool, these things are designed to help all of us deal with the most uncomfortable parts of extreme heat. 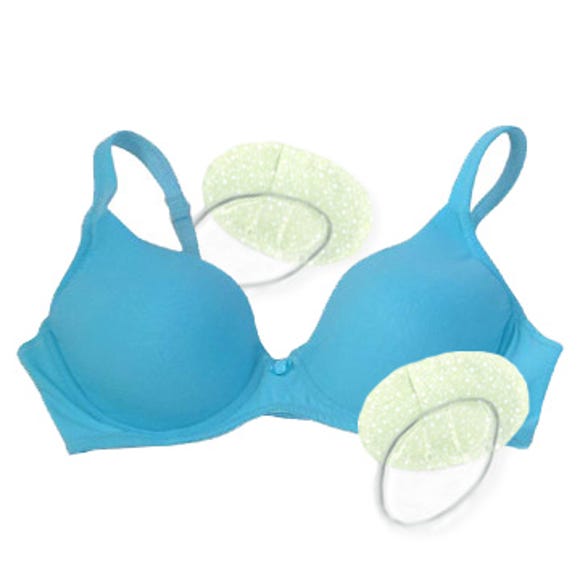 If you wear a bra, you know the feeling. The temperature starts climbing and all of a sudden the sweat on your chest is out of control, making your bra even more uncomfortable.

There are actually bra cooling products out there to help you chill. Polar Products makes Cool58 Bra Coolers, which are small packs you can discreetly put in your bra to beat the heat.

They don’t need a freezer to activate the cooling features. As noted in the name, the packs get cool at 58 degrees and you can submerge them in ice water for 20 minutes to get an hour worth of cold. However, reviews on the website indicate they work better when frozen.

They also come with washable cotton covers to make them more comfortable and absorb excess moisture.

And you don’t need an external heatwave to benefit from cooling. Hot flashes can happen all year round. McRobie, who experiences hot flashes following a hysterectomy, uses the coolers herself.

“When you do go out, it’s nice to have, especially right now when it’s super hot,” she said, describing the coolers as feeling slightly colder than a cool cloth.

The bra coolers come in a pack of four so you can put two in the freezer and rotate them out as needed. The website says they work for sizes A, B and C. They’re available on the Polar Products website for $37.

For larger bra sizes, the coolers for sizes D and above come in four-packs with bigger covers for $82.

Men have their own uncomfortable zone, which worsens as temperatures rise. Some guys already wear chill-producing Snowballs Underwear because they are designed to increase male fertility.Well, they can also help you stay frosty, my friends, during a heatwave, too.

Although Snowballs Underwear are designed to help male fertility, they can also just help you cool down.

An order of Snowballs Underwear comes with you get two pairs of cotton boxer-briefs and three SnowWedges — or freezer packs — that are inserted into the front pocket of the underwear. Each pack lasts 30 minutes and takes an hour to freeze.

The underwear comes in sizes ranging from small (29 to 31 inches) to XX-Large (40 to 43 inches). However, the website says the underwear run a bit tight, so you might want to consider the next size up. You can get a set of underwear and freezer packs for $59 and an extra set of three SnowWedges for $5. 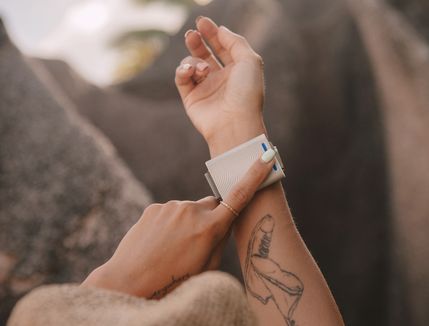 Maybe coolers in your underwear is too intimate. There are also outerwear options, including jewelry. The Embr Wave bracelet puts cooling power in your hands.

The bracelet sends cooling waves through your wrist, which cools down your body. The website notes “cooling sensitive areas of your body changes your overall comfort,” which is why they chose the wrist as a place to cool.

You can set the bracelet to different modes – a five-minute quick cool, an extended 30-minute cooling and a 35-minute sleep mode to get you comfortable as you doze off. There is also a smartphone app that tracks your temperature and gives you tips on how to stay cool.

But ice-on-demand on your hand comes at jewelry prices – $299. The good news is that it works beyond a single season, bracelet can also be used in winter to warm you up.

But who can even think about winter when it’s hot enough to bake cookies in your car?

Major ISP’s Are Failing Poor Communities Amidst The Pandemic

12 must-have products if you’re not a morning person

Endgame Fans Are Too Excited to Spell Correctly

After Criticism, C.D.C. Reverses Covid-19 Guidelines on Testing People Who Were Exposed

The C.D.C. reverses its guidance on testing for people who were exposed to the virus and aren’t showing symptoms. The

Moderna Shares the Blueprint for Its Coronavirus Vaccine Trial

Burned out on cooking? Here’s how to make the most of the freezer section

Self-driving cars will hit the Indianapolis Motor Speedway in a landmark A.I. race

The Flounder Puppet From “The Little Mermaid Live!” Was Certainly A Choice

In a workaholic China, the stressed-out find a refuge with monks and Sanskrit

Finding the Sweet, Stinging Salt in Plays of Confinement

Two TV giants are once more at loggerheads over channel rates, and this time it …

Ford’s remote car starting and unlocking are available for free

This unsurprisingly doesn’t include the WiFi hotspot service, since that r…