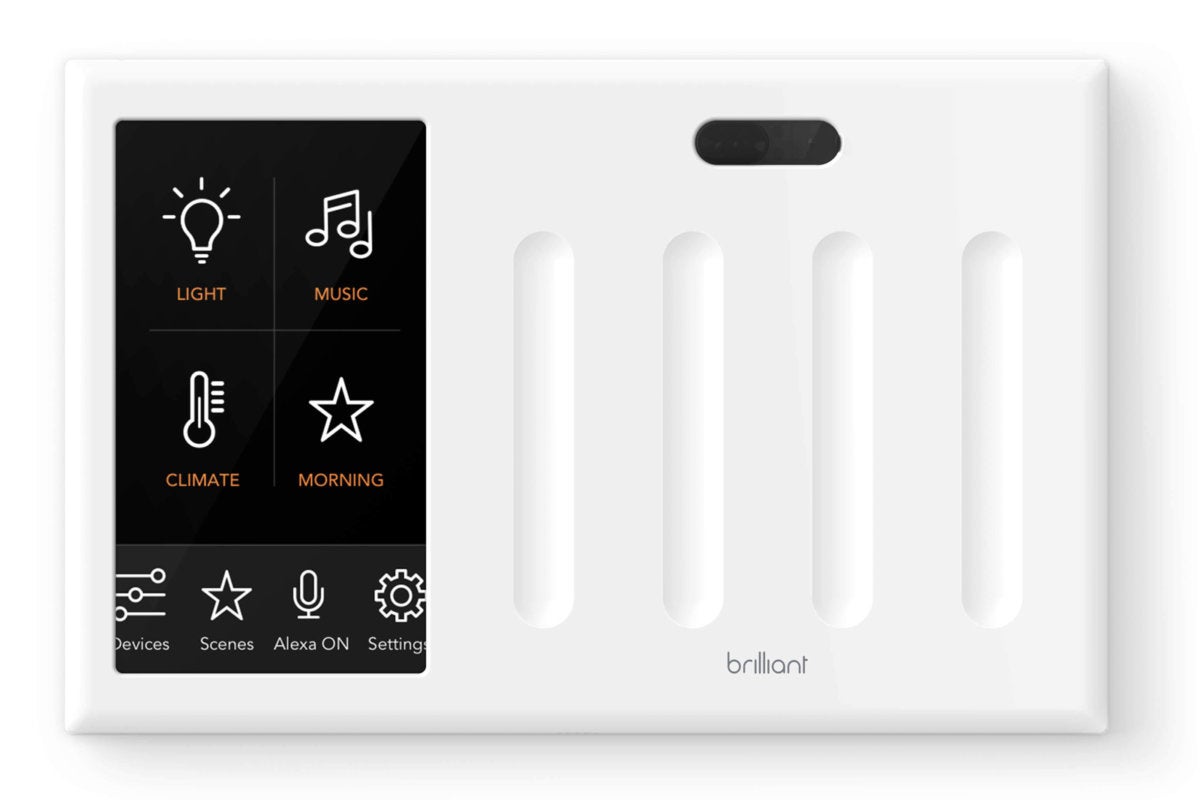 “);
});
try {
$(“div.lazyload_blox_ad”).lazyLoadAd({
threshold : 0, // You can set threshold on how close to the edge ad should come before it is loaded. Default is 0 (when it is visible).
forceLoad : false, // Ad is loaded even if not visible. Default is false.
onLoad : false, // Callback function on call ad loading
onComplete : false, // Callback function when load is loaded
timeout : 1500, // Timeout ad load
debug : false, // For debug use : draw colors border depends on load status
xray : false // For debug use : display a complete page view with ad placements
}) ;
}
catch (exception){
console.log(“error loading lazyload_ad ” + exception);
}
});

Brilliant announced today that it has added native integration for LIFX smart bulbs to its line of smart lighting controls. You can already control LIFX bulbs over your Wi-Fi network and with a smart speaker, but Brilliant users will still benefit from being able to control the bulbs with Brilliant’s touch-sensitive wall controllers and with the Brilliant app for Android and iOS devices.

Mentioned in this article

The Brilliant Control smart switch panel is available in one-, two-, and three-switch configurations and features a large touchscreen (models with more than one switch include touch-sensitive sliders to the right on the touchscreen). These sliders function as dimmers for each of the circuits that are connected to the controller.

Homeowners who install LIFX bulbs will be able to not only turn the bulbs on and off and control their brightness from Brilliant’s app and switches, but will also be able to change colors (with color-changing bulbs) and color temperatures (from warm white to cool white).

Christopher Null praised the Brilliant Control for its innovative features when he reviewed the device for TechHive, although he also found the product somewhat difficult to install.

Michael covers the smart-home, home-entertainment, and home-networking beats, working in the smart home he built in 2007.

Your phone a tool for stalkers? How to deal with it on iPhone, Android

Get an up-close look at SpaceX’s latest Starhopper test

Donald Trump Wants $1.6 Billion For NASA To Send Astronauts To The Moon

How Many Oscar-Winning Movies From The Last 30 Years Have You Seen?

Musk unveils SpaceX rocket designed to get to Mars and back

The Culture War Has Finally Come For Wikipedia

Wirecard teams up with India to issue tax ID cards

FILE PHOTO: The headquarters of Wirecard AG, an independent provider of outsourc…