Aaron Sorkin says “A West Wing Special to Benefit When We All Vote,” airing Oct. 15 on on HBO Max, is designed to “push ‘West Wing’ viewers to the polls.” (Oct. 13)

It wasn’t hard to get the cast of “The West Wing” back together.

“‘The West Wing’ cast is pretty close,” says Aaron Sorkin, who created NBC’s 1999-2006 political drama about a Democratic president and his White House staff. “Pre-COVID we would find each other and have a drink or dinner once in a while. We email.”

So when Sorkin wanted to get Rob Lowe, Dulé Hill, Allison Janney, Janel Moloney, Richard Schiff, Bradley Whitford and Martin Sheen back together, it was an easy sell. The original cast of the series (minus John Spencer, who died in 2005), along with some high-profile guest stars, brings the Bartlet White House back to life in HBO Max’s “A West Wing Special to Benefit When We All Vote” (streaming now). The special aims to increase voter turnout, and is produced in partnership with former First Lady Michelle Obama’s get-out-the-vote organization.

The President is back. Martin Sheen sits in a makeshift Oval Office to reprise his role as President Jed Bartlet on “A West Wing Special.” (Photo: HBO Max)

Unlike some awkward reunions and revivals of the past few years (“BH 90210”), the “West Wing” special is smooth and slick, beautifully staged and acted. Seeing the original cast together, accompanied by Sterling K. Brown taking on Spencer’s role of Leo, even in a pared-down set, was emotional, gratifying and comforting in a world changed by the COVID-19 pandemic. Sure, everyone’s a little older and grayer, and there is even more disconnect between the politics of the show and real-world politics, but for fans of the show and its exceptional cast, it is a cathartic release. It’s wonderful and heartwarming to see recurring guest stars from the White House staff and press pool return to read a few lines.

“I was thinking how much things change in 60 seconds,” Sheen says as Bartlet at the beginning of the episode, and it’s hard not to feel like he’s speaking about how much things have changed since this episode first aired in 2002. But Sheen and company slid back into their roles with remarkable ease.

The “staged table read” involves more props and sets than audiences might have expected, and it’s a perfectly suitable stand-in for the actual Season 3 episode.

“It started out as something smaller,” Sorkin says. “When all the theaters shut down (due to the COVID pandemic), I wanted to see if I could get ‘The West Wing’ cast together just to do a Zoom table read to raise money for an organization called The Actors Fund. But then the ground, which had already been shifting under our feet, seemed to shift quicker.”

More: Aaron Sorkin litigates ‘the demonization of dissent’ with Netflix’s ‘The Trial of the Chicago 7’

From protests after the deaths of unarmed Black people at the hands of police to the high stakes of the 2020 presidential election, which he calls an “emergency,” Sorkin was moved to be more ambitious, and proactive, with a reunion. 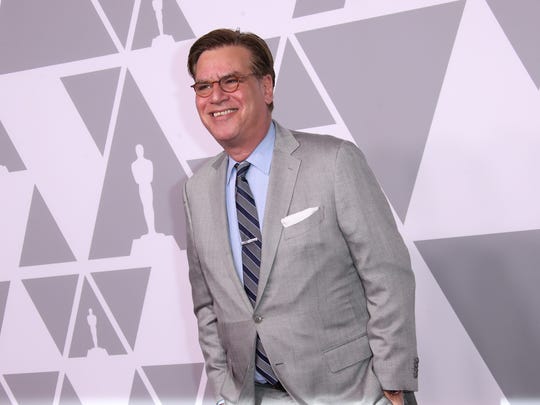 Sorkin, original “West Wing” director Thomas Schlamme and producer Casey Patterson brought his vision to life. He and Schlamme reimagined the Season 3 episode, “Hartsfield’s Landing,” as a stage play, and filmed it this month at the Orpheum Theater in Los Angeles. Instead of commercial breaks, scenes are broken up by get-out-the-vote messages by figures ranging from Samuel L. Jackson to President Bill Clinton to “West Wing” actors not featured in the special, including Elisabeth Moss. Emily Mallory Procter, who played fan favorite Ainsley Hayes, reads the stage directions.

Sorkin chose to revisit this Season 3 episode, which takes place at the beginning of Bartlet’s (Sheen) re-election campaign, because it is an “ode to voting,” he says. During the episode, Donna (Moloney), spends much of her time trying to get just one family in New Hampshire to vote for Bartlet, while the president teaches Sam (Lowe) about international relations and governance.

“It also has the added advantage of being a very contained episode,” Sorkin says. “It all takes place on ‘The West Wing’ set, and (has) only a couple of guests. It all takes place in one night. What (Schlamme) did was he took an episode of the show and he completely restaged it as a play.”

More: ‘Parks and Recreation’ quarantine special will make you laugh, cry and sing for Lil Sebastian

The producers praised Brown as a worthy stand-in for Spencer as White House Chief of Staff Leo McGarry. In an prologue to the special, Whitford introduces Brown as the star of a little TV show known as “the Emmy Awards.”

“John was not only this incredible actor, but he was also a really wonderful human being,” says Schlamme. “And he was also joyous, and he loved the craft of acting. … I would love to have shared with John, ‘We’re going to get Sterling K. Brown to play your character!’ Because I know (he’d say), ‘Aw shucks, that’s a great idea, Tommy, that’s a really wonderful idea.’ (He’d) be so supportive of that.” 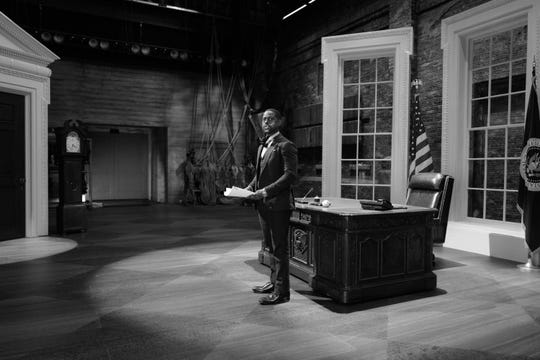 Sorkin hopes the special can persuade at least one person who wasn’t going to vote to change their mind.

“One of the things that ‘The West Wing’ was always able to do was to remind people that the institutions of our democracy are great things, but they need to be populated by competent people who consider public service to be a calling,” he says.

“We want to get one person who wasn’t going to vote, who was just going to flake, who just didn’t think their vote matters, to vote. (Then) we’ll consider it a success.”

Some Signs of Recovery From Severe Covid Lung Damage

Creative Ways to Give Your Home an External Facelift

How to Make One-Pot Pasta With Practically Any Pasta

In extreme crises, conservatism can turn to fascism. Here’s how that might play out

24 Celebrity Kids Who Grew Up To Be Models, Borderline Instagram Influencers, Or Just, Like, Very Pretty People

And I’m jealous of all of them. View Entire Post › Sahred From Sour…

Can You Guess The Rotten Tomatoes Scores Of These “Crappy” Movies?

Can You Guess The Rotten Tomatoes Scores Of These “Crappy” Movies? b…

“THIS AIN’T RUPAUL’S LUCHADOR RACE!” Last night was the much-anticip…