“Fleabag” creator Phoebe Waller-Bridge made the surprise admission after winning best actress in a comedy TV series at Sunday night’s Critics’ Choice Awards. The British actress explained that she decided the pivotal sexy priest character, played by Andrew Scott, would have a peculiar favorite song: Lopez’s “Jenny from the Block.”

The song proved to be wildly freeing on a creative level.

“It opened the entire character for me,” Waller-Bridge told the crowd from the podium. “So thank you, J.Lo.”

Everything you missed: At the 2020 Critics’ Choice Awards 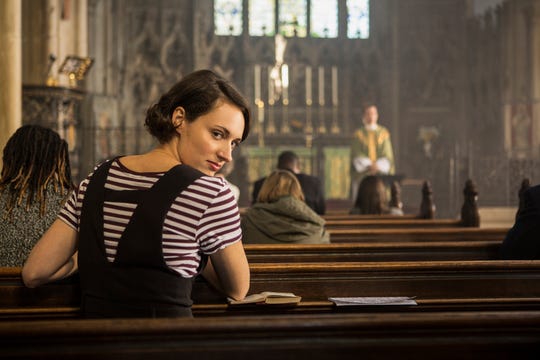 Scott said he “always” knew about the odd relationship between his character and Lopez. “We needed to have something idiosyncratic, something you wouldn’t associate with a priest, for what a priest listens to,” he said.

As for further collaborations with Waller-Bridge, Scott told USA TODAY that there are plans. He’s just not saying what.

“We’re working on something now. We’ll make it spicy,” he said.

It’s too bad JLo left the #CriticsChoiceAwards before she could hear Phoebe Waller-Bridge thank the superstar for inspiring #Fleabag “in a way she’ll never know.“

PWB: “I decided the priest’s favorite song is ‘Jenny From the Block’ and that opened up the character for me.”

Scott said he had never spoken to Lopez about the association, and the “Hustlers” star might not even know now: Lopez, who had been nominated for best supporting actress for “Hustlers,” had already left the Critics’ Choice Awards by the time Waller-Bridge took the stage.

How Popular Are Your “Gilmore Girls” Opinions?

Endgame” Trailer That Are Making People Freak Out

SEATTLE — In a victory for the Trump administration, a U.S. appeals court on Monday upheld rules that bar taxpayer-funded

26 Tweets For Anyone Who Just Finished “The OA” Part 2

CLOSE “You will survive R. Kelly.” That was the message from accuser…