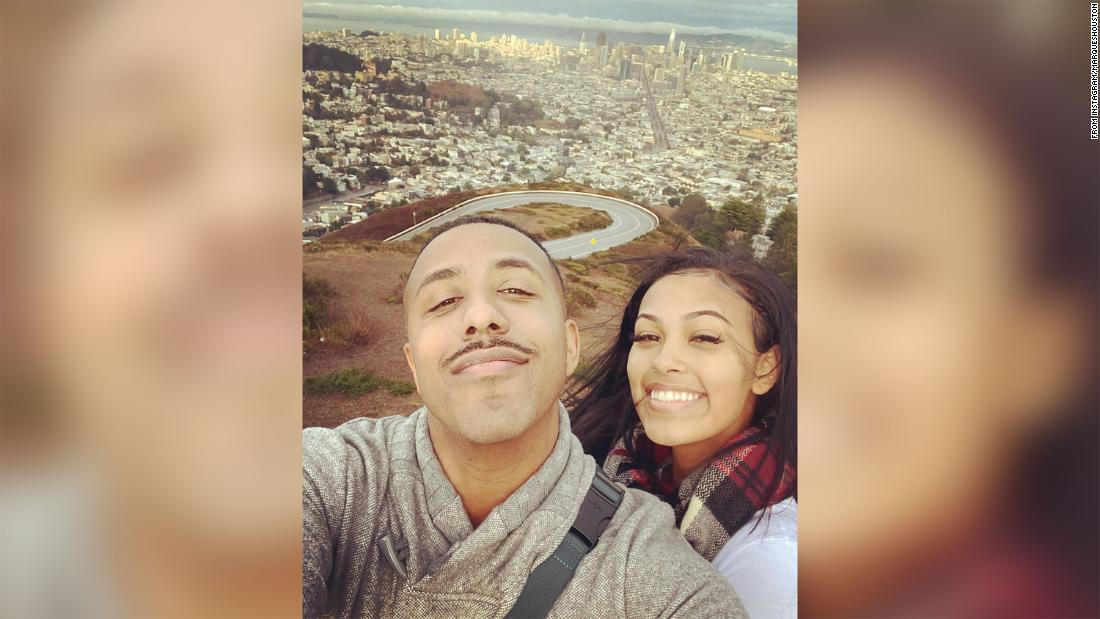 People reports that the pair wed in an “ultra-private ceremony” on Monday at Eagle Glen Golf Club in Corona, California.

“I was so nervous that I was actually shaking, but everything felt perfect when I saw Miya walk down the aisle,” Houston told People.”I told her I wasn’t going to cry, but I couldn’t hold it in. I cried like a baby.”

The singer Major made a surprise appearance at the reception to sing his hit ballad “Why I Love You,” which the publication reported is one of Dickey’s favorite songs.

Houston and Dickey got in engaged in March 2019 after five months of dating.

In June he took to his Instagram account to defend their engagement amid comments about their 20 year age difference.

Houston explained that they met because Dickey is a friend of the daughter of Chris Stokes. Stokes and Houston began working together when Houston was a member of the R&B boy band Immature which first came to fame in the 1990s.

Houston said he and Dickey “didn’t start dating until she was an adult” and that they are both of the Jehovah’s Witnesses faith.

“We fell in love and got engaged in March of 2019,” he wrote. “My dad Michael loves her, and the people I am closest to all love her as well. Most importantly we have Jehovahs blessing.”

Under 10 Percent of Americans Have Covid-19 Antibodies, Study Finds

Stalled Talks Over Covid-19 Stimulus in the U.S. Show Signs of Life

Losing Your Hair Can Be Another Consequence of the Pandemic

A Tale of Two Chinese Economies

Rafael Nadal Goes for No. 13 in France

Tell Us Which TV Moment Unexpectedly Made You Sob

Game ‘Harry Potter: Wizards Unite’ to offer something new to the Aug…