The Washington State Department of Agriculture (WSDA) trapped its first Asian giant hornet — also referred to as a “murder hornet” — in July, the department announced Friday.

The largest species of hornets in the world, “murder hornets” attack honeybee hives by entering a “slaughter phase” in which they decapitate bees and take their hive as their own, feeding the dead bee thoraxes to their young, according to the WSDA. Officials worry that the invasive species could severely hurt Washington state’s — and the U.S.’s — bee population, which would in turn damage crops that depend on bee pollination. “Murder hornets” had never been seen in the U.S. until December when the WSDA verified four sighting in Washington. (Canada also reported sightings in British Columbia last the fall, per the WSDA.)

“Murder hornets” became an internet sensation back in May when news of the fight to contain them first went viral.

“This is encouraging because it means we know that the traps work,” Sven Spichiger, managing entomologist for the WSDA, said in a statement. “But it also means we have work to do.”

In July, the WSDA found an Asian giant hornet in a trap near Birch Bay in Whatcom County, the department said on Friday. It was the first hornet found in a trap rather than in the environment as “the state’s five previous confirmed sightings were,” the department continued. WSDA officials checked the trap on July 14 and submitted its contents to WSDA’s entomology lab, who then identified the hornet on July 29. 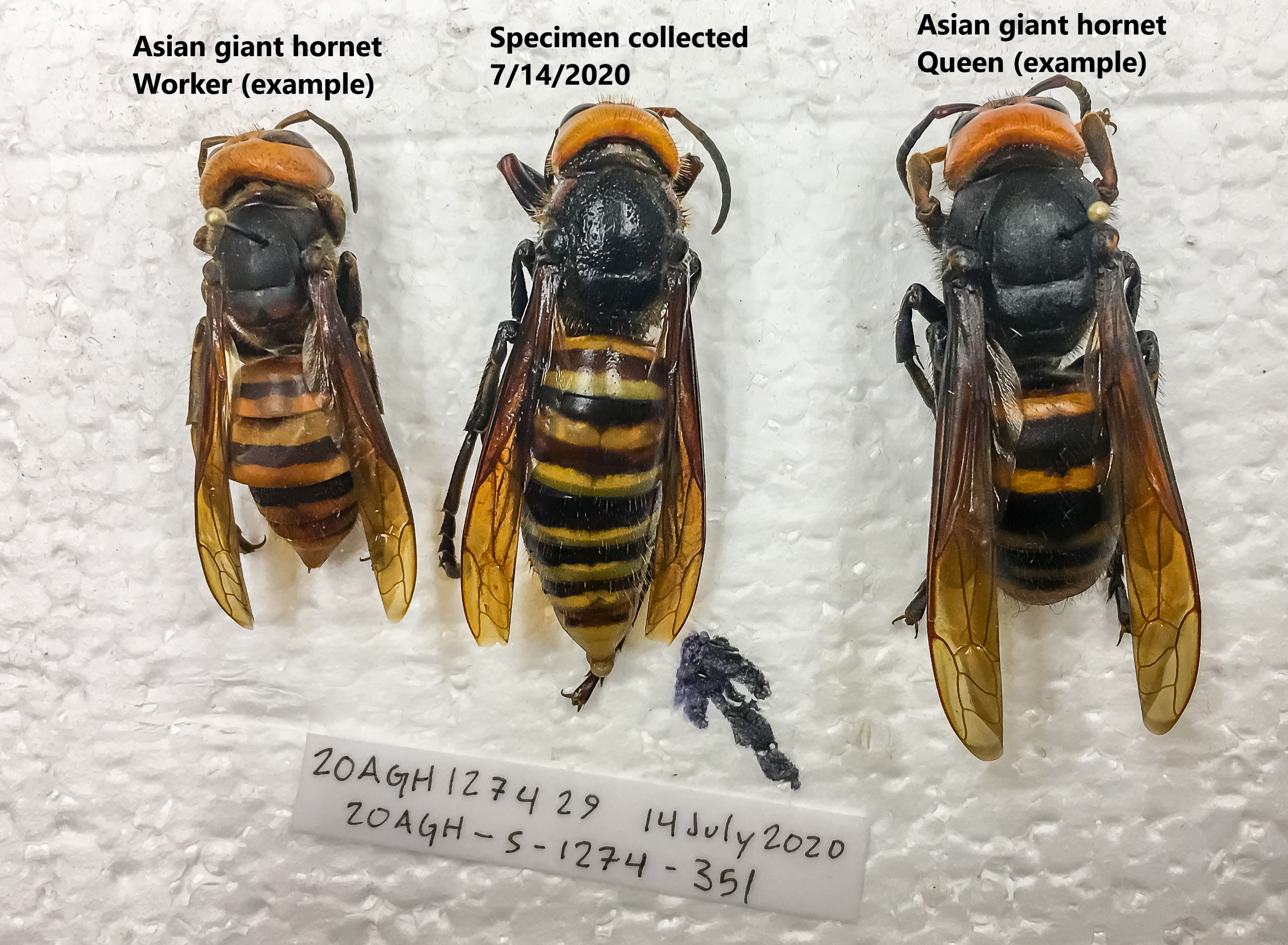 Trapping “murder hornets” is a crucial component of the WSDA’s strategy for catching and killing the insects. On top of searching for the hornets’ nests with infrared cameras, WSDA’s Pest Program will lay special traps that keep the hornets alive so they can be tagged and tracked back to their colony, which experts would then destroy.

WSDA officials aren’t the only ones laying traps. “Citizen scientists and other cooperators” have helped place over 1,300 traps throughout the state, the department said.

“Those interested in trapping can still build and set traps on their own property,” the WSDA continued. If you catch a live “murder hornet” the WSDA asks that you call its Pest Program hotline at 1-800-443-6684.

Officials hope to find and destroy the colonies before the hornets begin reproducing queens and drones in mid-September.

“Destroying the nest before new queens emerge and mate will prevent the spread of this invasive pest,” the department said.

Washington residents will likely see more Asian giant hornets in August and September as their colonies develop, the department cautioned. If you think you see one, the WSDA asks you report it to agr.wa.gov/hornets with as many details as possible.

Write to Madeleine Carlisle at madeleine.carlisle@time.com.

China says it banning US military visits to Hong Kong

This Democratic Senator threw his weight behind a Republican Senator

Argentines, in shadow of crisis, weigh vote for change ahead of Sunday ballot

Novavax, the little-known Maryland company that received a $1.6 billion deal from the federal government for its experimental coronavirus vaccine,

Health officials are quitting or getting fired amid outbreak

Need to Take the MCAT? You’ll Still Have to Do It in Person

Parents of College Students Worry, Should They Stay or Go?

What remote learning will look like this fall in Meet, Teams, and Zoom